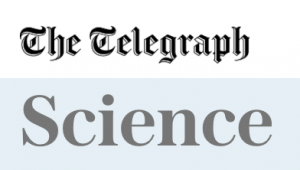 By Henry Bodkin – The Telegraph

ex between married couples will increasingly be saved for special occasions as robots step in to satisfy everyday needs, experts have predicted.

Use of artificial intelligence (AI) devices in the bedroom will be socially normal within 25 years, an international  robotics conference has heard.

Comparing sex robots to the rise of the ebook, Dr Trudy Barber, a pioneer in the impact of technology on sexual intercourse, said the machines would enable people to greater appreciate “the real thing”.

Devices such as Rocky or Roxxxy True Companion can currently be bought for around £7,000, but advances in the field are predicted to make sex robots increasingly lifelike and affordable.

Speaking yesterday at the International Congress of Love and Sex with Robotics, Dr Barber said people’s growing immersion in technology means it was only a matter of time before it takes a mainstream role in sex.

“It could be that we are so busy with our lives, we are so embedded in our technological narrative that the idea of engaging in long-distance sex and robot sex is actually a natural process in our evolutionary cycle,” she said.

“I think what will happen is that they will make real-time relationships more valuable and exciting.”

However, AI experts have been warning that a generation of adolescents risk “losing their virginity” to humanoid devices and growing up with an unrealistic conception of sex.

In June leading scientist Dr Noel Sharkey, a former advisor to the UN, called on governments to prevent robotics being hijacked by the sex industry. 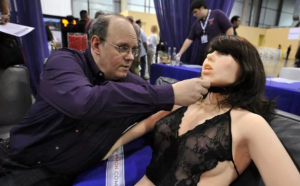 But Dr Barber said the robots would effectively become an “extra human race”.

“We are able to have so many colours on our sexual pallet now; I think we’d be daft not explore them.”

Questions that will face regulators involve how much data to allow robots to collect about their human partners and send back to their manufacturers.

Others include whether to legislate for purely passive robots, or to allow devices which entice humans to have sex, and whether robots would have to make clear that they are machines rather than humans.

Kate Devlin, computing expert at Goldsmiths, University of London, said it was probable future sex robots would be designed to learn their human partner’s sexual preferences to improve performance.

“Companion” devices such as the Pepper robot are being increasingly used to provide stimulation to elderly people, particularly in Asian countries such as Japan.

Created two years ago, the humanoid robot is designed with the ability to read certain emotions from analysing expressions and voice tones.

Scientists have said there is evidence the devices are being used by parents to keep their children company.

“Sex robots will be used within the next decade but it is doubtful if they will become a societal norm although surveys show that around 10% would be prepared to use them.

“Would you leave  your sex robot out if your mum came to visit?

“Prostitution has been around for thousands of years and yet has never been socially normalised.

“The problem is the same for both.

“With sex robots and prostitution, you are having a one way relationship with an object or a person that does not return your love except by pretence.”