In the 1999 film Bicentennial Man, Robin Williams plays a robot, Andrew, who is gifted with the capacity of emotion and creativity. Andrew eventually falls in love with a human lady and decides to marry her. When he petitions a regulatory body to recognise their matrimony, however, he is rejected as they were concerned that he could not age and this would spark an upheaval in society. Andrew then re-engineers his body so that it would deteriorate naturally with time, and then eventually die, thus making him fully human.

Bicentennial Man isn’t the first piece of art to explore the existential question of what it means to be human, and whether man-made machines can truly become sentient autonomous beings, and whether they will one day be placed on the same footing as us homo sapiens. Famous science fiction authors like Isaac Asimov have written hypothetical scenarios where humans are made to live side by side highly intelligent robots. Will there be chaos? Will they rule over us? How do we govern them?

These are but some of the many deep questions that our society needs to address as AI and robotics converge to produce artificial beings who are becoming more life-like. Robots have already bested our finest chess masters and have made thousands of administrative and clerical work redundant with their complex algorithms and lightning-speed processing power.

So what if one day, they are able to replace our spouse as well? Are romantic love and sexual desire just human wants that require a reciprocal response from a willing party, no matter what form it takes — even if it isn’t human?

At WiT Singapore 2019, Professor Adrian David Cheok, Director, Imagineering Institute, Malaysia, sought to address this issue – specifically on the topic of whether humans should be allowed to marry robots.

“Robots are going to engage with relationships with humans. Humans will love robots and treat them as partners,” Cheok declared.

Robots have a lot of desirable qualities. For one, their image, personality and body can be easily moulded to fit your personal desires. Imagine a ‘love robot’ that looks, moves and talks exactly like your favourite celebrity, or creepier yet, your crush. It is not a far-fetched idea, there are already prototypes that exist.

They can also easily be programmed with other positive ‘emotional’ attributes such as patience, kindness, honesty, uncomplaining, the list goes on. In essence, they can become the perfect partner.

The question now comes down to whether we as a society should recognise human-robot marriages. Whether man and machine can become one in, umm, flesh and silicon-covered robot parts.

Cheok argued that such marriages should not be controversial. Up to the late 1960s, the US still banned interracial marriages, he said. And homosexual unions were only first recognised in Copenhagen in 1989.

Traditional religious, cultural, and ethical values dictate that marriage is only valid between a man and a woman; but this notion is fast becoming archaic in many societies. More people, especially the younger generation, are opening up to new concepts of love, marriage and sexual identity. Can a transgender female marry a transsexual male? It wasn’t too long ago when this would be openly-ridiculed in public. In today’s world, however, you wouldn’t have to dig hard to find a supportive community, on the internet at least.

But how would a union between a human and a robot affect the upbringing of their child? (Let’s just assume for simplicity’s sake that robots and human spouses will adopt, because the idea of robots conceiving a child would just blow my mind). Would the child grow normally in the absence of a traditional nuclear family unit?

There are now some statistics that demonstrate that the old school mom-and-dad social unit may not be as critical to the healthy development of a child as one may think. Cheok cited a 2006 Pediatrics journal, which claimed that there is “ample evidence to show that children raised by same-gender parents fare as well as those raised by heterosexual parents.”

If two loving men or women can raise a healthy kid in their home, why not a loving man/woman and a robot? “Good parenting can happen as long as both parents are conscientious and nurturing. There is no reason why a sophisticated robot in the next few decades cannot be a partner in the provision of good parenting”, said Cheok.

For any marriage to take place, however, both parties need to consent to it. Consenting does not necessarily mean both parties have to be well informed, argued Cheok. He said that robots are capable of instrumental reasoning and are thus capable of deciding whether they want to marry.

“If the robot appears, by its behaviour, both actions and words, to understand the meaning of marriage, then we should accept that the robot [actually] understands marriage,” said Cheok.

Still, there are a ton of questions that need to be addressed in the future. Can humans unilaterally terminate a marriage contract? Can robots actually feel an emotional heartbreak, or are they only programmed to do so based on their manufacturers?

Or perhaps robots, by acquiring and integrating humanity’s vast quantum of knowledge, are merely displaying their interpretation of human behaviour. Marriage is seen universally as one of the most joyous occasions that will happen in a person’s lifetime. Is the robot partner merely replicating that feeling of exuberance because its processor has aggregated an immense history of human behaviour stretching back through time and across innumerable cultural practices, to arrive at an approximation of the appropriate human response?

Can a robot truly feel, as we humans like to say, “butterflies in its stomach”?

These are hard questions to tackle and they will not be resolved anytime soon. But we as a society can strive to be less judgemental of unorthodox unions, as long as they are between two consenting adults — whether they be of different sexual orientations, or whether they are made of flesh and blood, or steel. As The Beatles famously proclaimed in a song: “All you need is love”.

Whatever the case, Cheok predicted at WiT that human-robot marriages will be made legal by 2050. 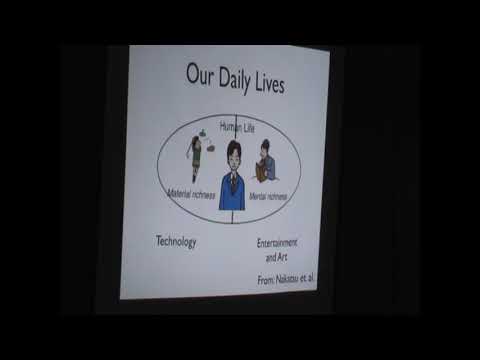 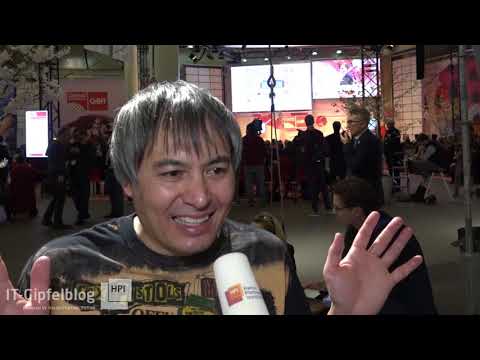 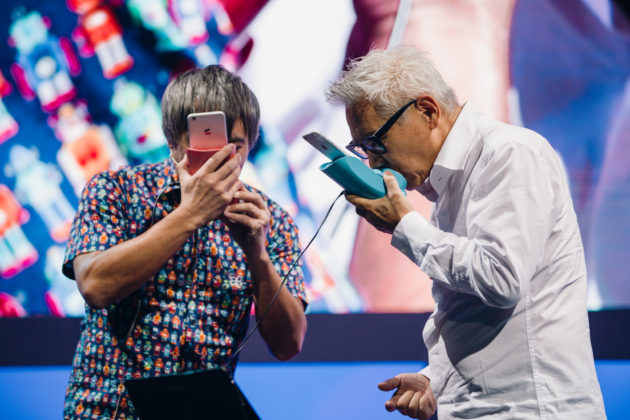