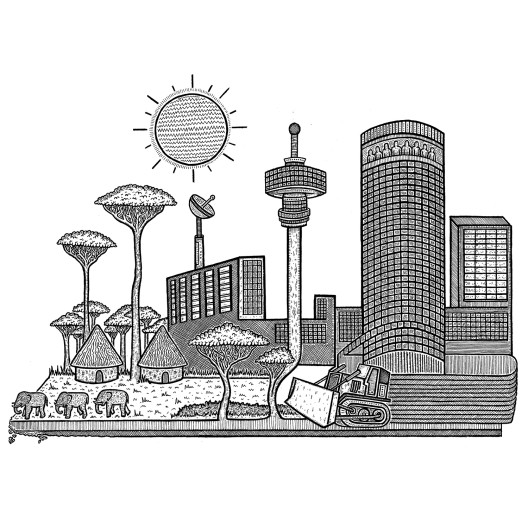 How will we live, work and play in London in years to come? Sara O’Reilly previews FutureFest and what lies ahead. Illustration Alex Gamsu Jenkins.

So what’s on offer, and what will it mean for London? Well, if Smell-o-vision takes off, we predict a return of the Great Stink, which plagued the capital back in 1858. The original was caused by the combination of high temperatures and untreated human and industrial waste. But the effect of Great Stink 2.0 could be much worse if everyone with a smartphone starts sharing the odours of their life the way they currently bombard each other with pictures. What child would be able to resist the potential of a fartphone? 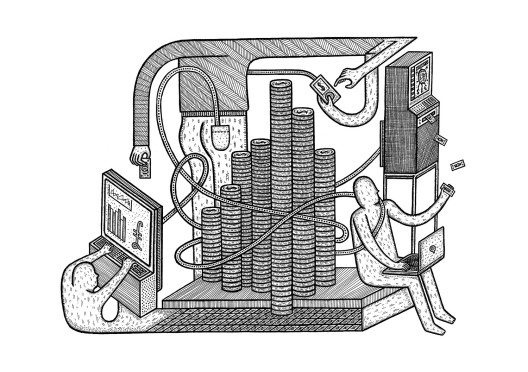 Then there’s mayhem that could follow in the wake of the introduction of mixed-reality thrill rides controlled by brain waves. If virtual roller coasters do replace the real thing, then what other activities might also be conducted entirely in our heads? Consider the daily commute. Not exactly a thrill ride. But what if all 8.7 million of us decided to do it while ensconced within a virtual reality headset?

The daily chaos would be more apocalyptic than your worst ever rush hour. Though at least you’d never have to talk to another stranger. On the bright side, when we finally crowdsource political parties, the diverse makeup of the capital will be accurately represented and we’ll have politicians in hoodies and burqas instead of a bunch of identikit blokes in the same suit.

As for the impending chocolate famine (which you’ll hear a lot about about at FutureFest), it sounds bad, but at least we’ll all get effortlessly slender and spend less time at the dentist.

One thing that we are sure about is that none of this is going to happen overnight. So nip along to FutureFest, check out the highlights, and get a sneak preview of what your grandkids will be reading about in Time Out. 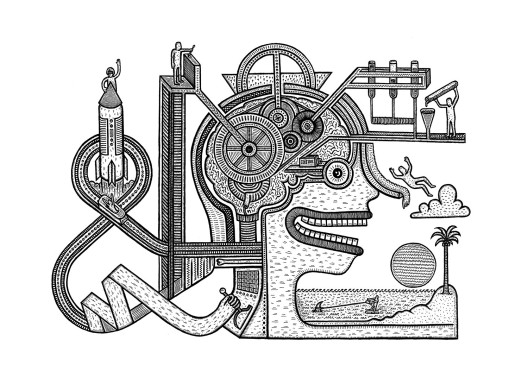 Mixed-reality thrill ride Neurosis
Developed by Professor Brendan Walker with Middlesex University and others, Neurosis, which gets its world premiere at Futurefest, is a motion simulator with a virtual-reality headset that immerses the user in a surreal environment controlled by their own brain activity.
Sat Mar 14 and Sun Mar 15, all day.
Time Out predicts The death of conversation, once everyone retreats into their own heads.

Smell-o-vision
Adrian Cheok, professor of Pervasive Computing at City University London, will be talking about developments in the relationship between humans and technology. He’ll explain some of the new developments that will allow people to communicate using all their senses, including touch, taste and smell. He’ll also be presenting a number of working prototypes, including one that brings smell-o-vision to life.
Sat Mar 14 and Sun Mar 15, 11.45am-12.35pm.
Time Out predicts Phonecalls accompanied by an overpowering waft of Chanel No 5 and the eyewatering odour of onion.