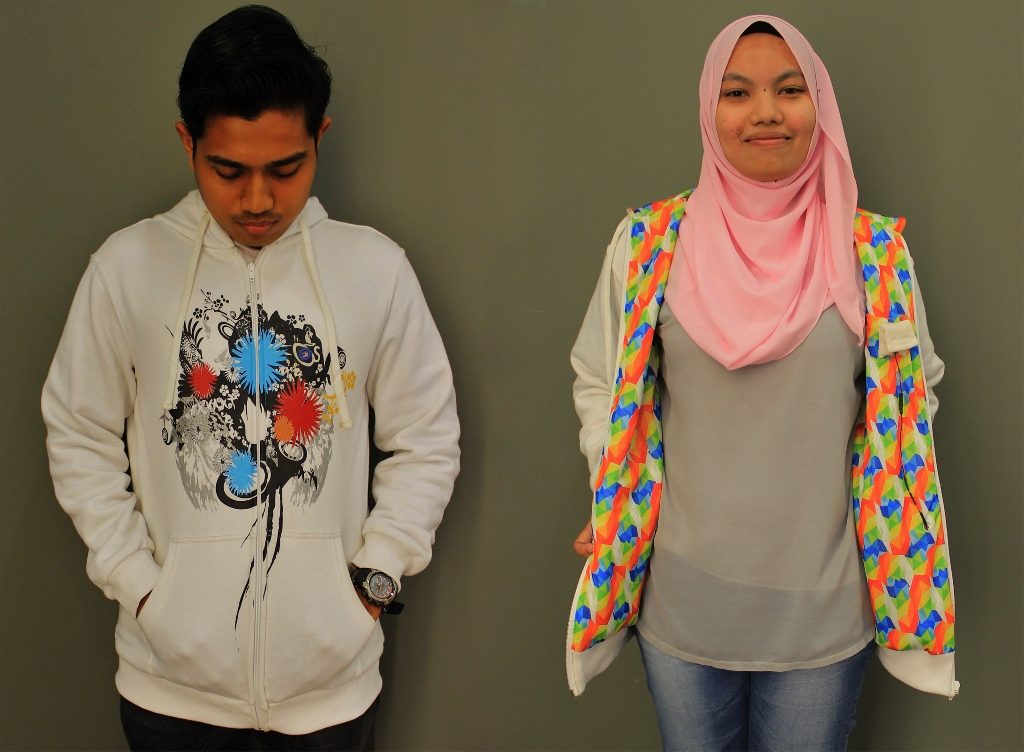 Moody Hoody is a hoody that can emit fragrance from the device inside it. It is a combination between fashion and technology. We mounted a Scentee Module inside the vest section of the hoody to emit a scented vapor on demand by pressing a button that located in the pocket of the Hoody. When you press the button, you can see vapor emitting from the vest of the Hoody through the Scentee Module. Scentee is the world’s first phone attachment that produce scent on demand by using an app (smart phone).

The main objective of this project is to lift the mood/spirit of the person who wears hoody and the people surround as the scent vapor is coming out from the hoody. Previous studies shows that certain fragrances can influence people’s mood and emotions. From the applications side this hoodie can be used for aroma therapy. Further, when you want to attract someone, you can wear the hoodie with a nice scent that can make people feels good when they are near to you. The colors of the hoody and its inner lining was specifically chosen to create some form of Mood for the person who wears the Hoody.

In the future, we plan to make moody hoody a whole lot slimmer, attaching an array of much flatter Scentees. All the wiring will be replaced with conductive threads. We also want to make the hoody connect through Bluetooth to the Smart Phone, so the person who wears the Hoody can always activate the release of the scented vapor through the smart phone. We hope that it will be able bring the clothing industry to a totally different level and become a very profitable marketable product in the “not so distant future”.