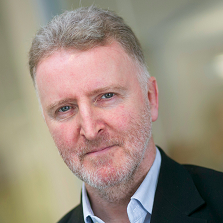 Summary of research interests and expertise

Barry C Smith is a professor of philosophy and director of the Institute of Philosophy as well as the founder of the Centre for the Study of the Senses, which pioneers collaborative research between philosophers, psychologists and neuroscientists. Barry was appointed Leadership Fellow for the AHRC Science in Culture Theme in 2012. He is a philosopher of language and mind who has published on self-knowledge, linguistic knoweldge, consciousness, the emotions, taste and smell. He has held visiting professorships at the University of Califonia at Berkeley and the Ecole Normale Superiéure in Paris. He now works mainly on the multisensory perception of flavour and has published in Nature and Food Quality and Preference, as well as carrying out consultancy work for the food and drinks industry. In 2007, he edited Questions of Taste: the philosophy of wine, Oxford University Press 2007), The Oxford Handbook of Philosophy of Language, Oxford University Press 2008 (with Ernest Lepore), and Knowing Our Own Minds Oxford University Press 1998 (with Crispin Wright and Cynthia Macdonald). He has appeared frequently on BBC Radio’s In Our Time and Nightwaves, and also on Start the Week. And in 2010, he was the writer and presenter of a four-part series for the BBC World Service called The Mysteries of the Brain. He is also the wine columnist for Prospect Magazine.Iskandar, Malaysia.